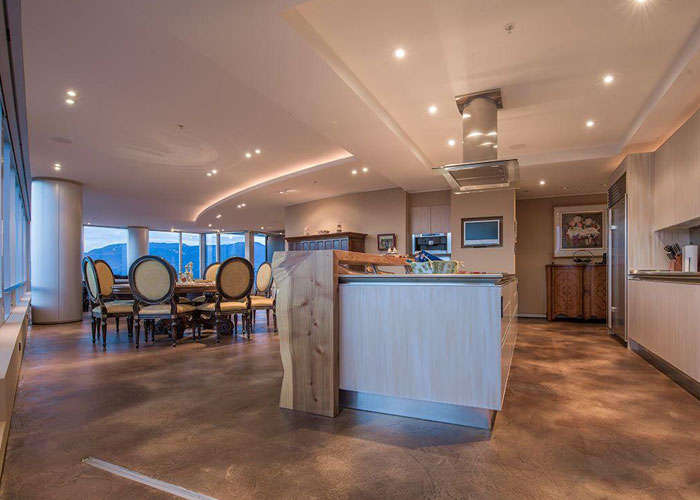 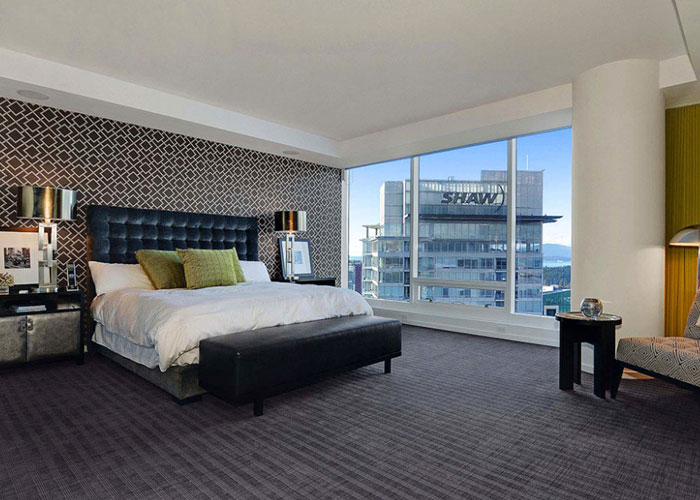 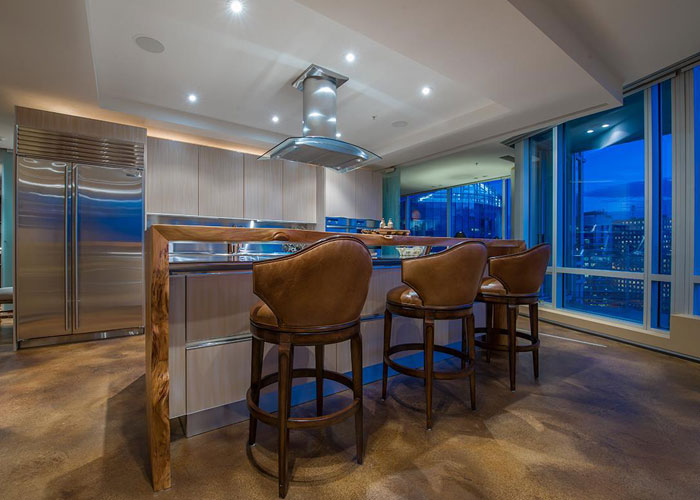 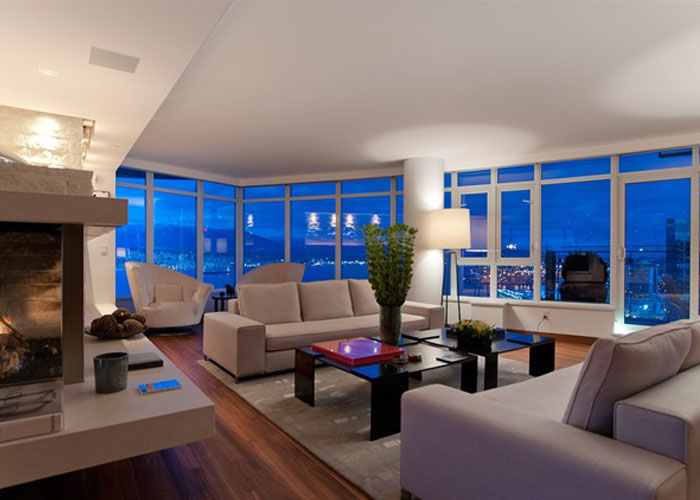 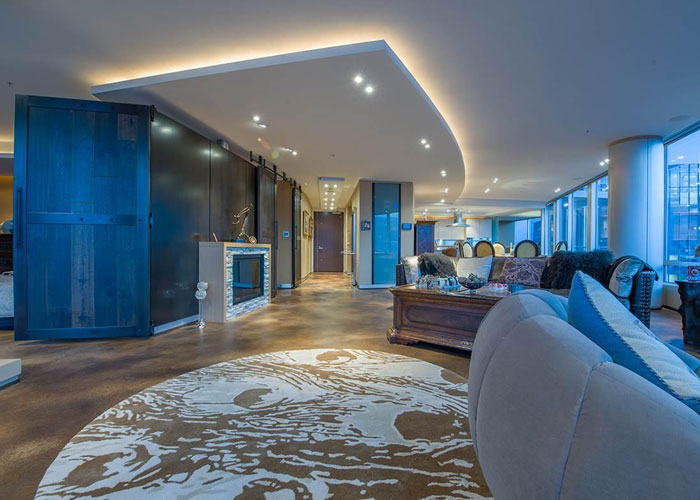 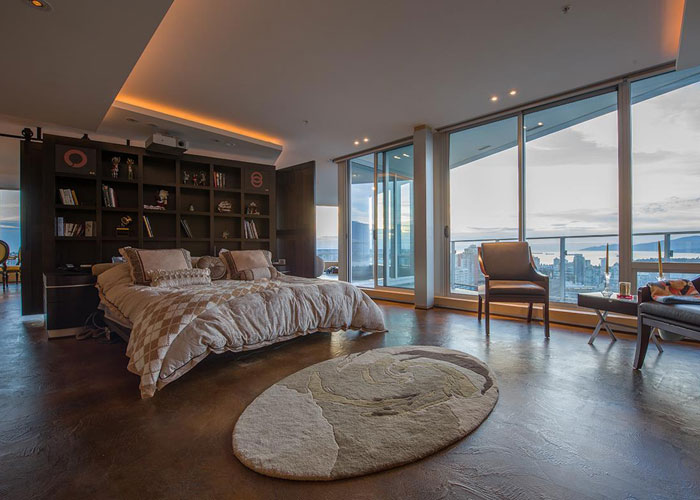 Designed by architect James K.M. Cheng, the generally triangular shape of the structure offers a singular look for a downtown high-rise, creating 130 live-work condos that fit within the arrowhead shape, all with landscaped terraces to draw natural beauty right to the resident, even if multiple floors off the ground.

The tallest building in Vancouver when completed in 2006, an exterior light installation by Diana Thater helped give Shaw Tower—the name comes as Shaw Communications takes on a bulk of the office space—a powerful visual seen the world over during the 2010 Olympics.

Inside, with residence interiors designed by the late Robert Ledingham, luxury stands important. With commanding views in the upper 24 floors and 211,710 square feet of residential space, condo owners expect premium amenities and finishes. The same is true within the 283,572 square feet of office space, considered some of the most prime offices in all of Canada due to its location on the waterfront. Lynden Door helped deliver, filling Shaw Tower with plain-sliced, clear-finished walnut doors, all with a 20-minute rating. The bonded, sanded cores offer maximum stability against warpage, giving durability inside to the luxuries walnut hardboard exterior.

Such a signature building for all of Vancouver, Shaw Tower stands as an architectural symbol of the live-work mentality sought by a sustainable downtown. And it does so at a dream location.

Veneers look rich and lustrous with a Lynden Door factory applied transparent urethane finish. A great choice, as it adds durability and seals the door, all six sides. Clear coated doors lend a unique European flair to painted jambs and casings – an eclectic look that works in equally well traditional or modernist decor.