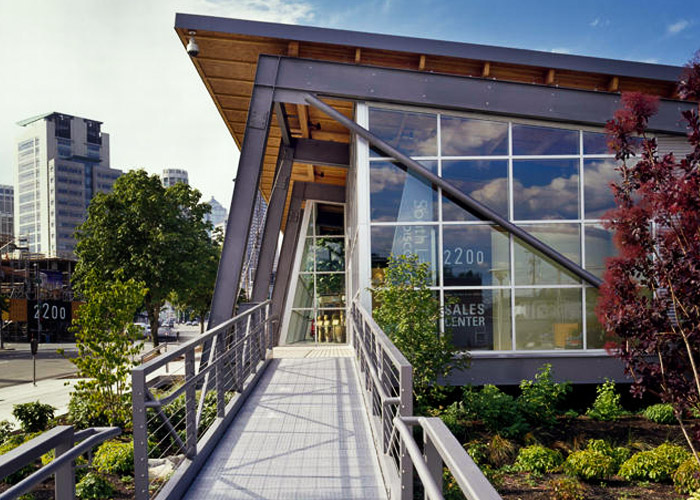 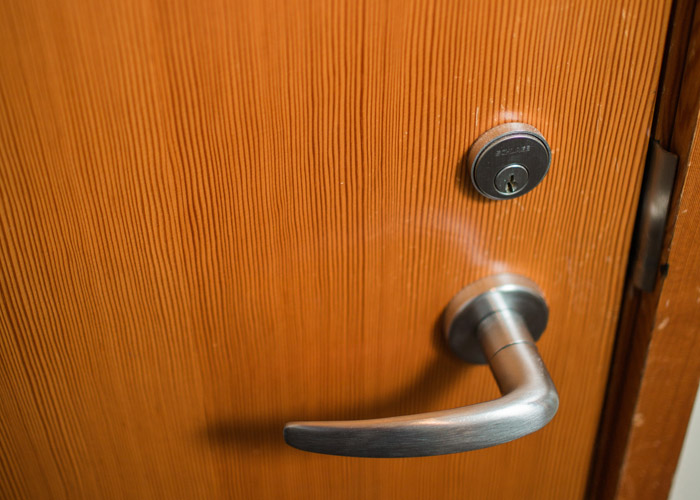 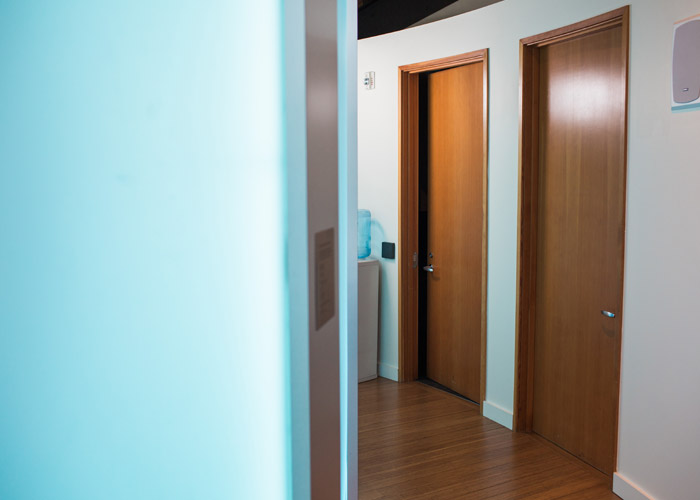 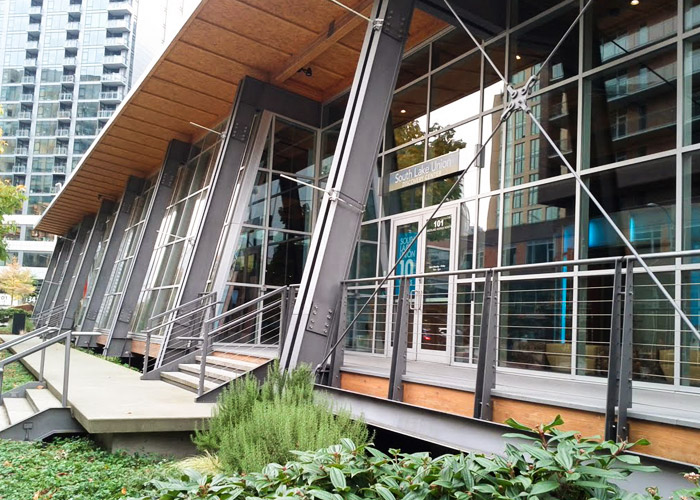 Already the Vulcan-owned South Lake Union Discovery Center has won multiple awards for its design and construction. But the “pavilion in the park” located on the eastern edge of a full-block urban park in downtown Seattle near the famous Space Needle may one day pick up and move. The project was designed so that the owners could disassemble and reassemble the building at multiple future locations. But first, the Miller|Hull Partnership design stands as a teller of the history of Seattle’s South Lake Union neighborhood.

The building will likely stay until the site is one day developed to its maximum potential. With the idea of temporary always in mind, the structure sits lightly on the land, architects say, suspended above the gently sloping terrain atop short concrete piers. The building edges are cantilevered, allowing the grade and vegetation to run uninterrupted beneath. Using steel and metal modular assemblies with softer wood materials and colors to connect with the natural environment of the park, the center serves as an adaptable structure, both now and in the future.

Lynden Door helped tell the story of South Lake Union now—and in the future—by providing vertical grain fir doors for the project. And they come in oversized, at 8-feet tall to help match the open presentation space within the center. The vertical grain fir best exhibits that natural state the interior of the space aims to convey, using a wood prominent in the Pacific Northwest and at a size that fits the history of both Seattle and South Lake Union.

The South Lake Union Discovery Center offers up one of the more unique buildings in the neighborhood. The best part, though, may be that the opportunity to take it all in—at least at its present location—won’t remain forever.

Veneers look rich and lustrous with a Lynden Door factory applied transparent urethane finish. A great choice, as it adds durability and seals the door, all six sides. Clear coated doors lend a unique European flair to painted jambs and casings – an eclectic look that works in equally well traditional or modernist decor.